The agreement was concluded with Noda City in Chiba Prefecture and Noda Police Department; Setting up security cameras, leveraging a part of proceeds from vending machines

Setting up security cameras, leveraging a part of proceeds from vending machines

By working together with Noda City and Noda Police Department through this agreement, we aim to further strengthen the promotion to create safe and secure city of Noda, as it allows us to post documents on vending machines to prevent crimes and enhance the awareness, share information on security, and use video of security cameras. 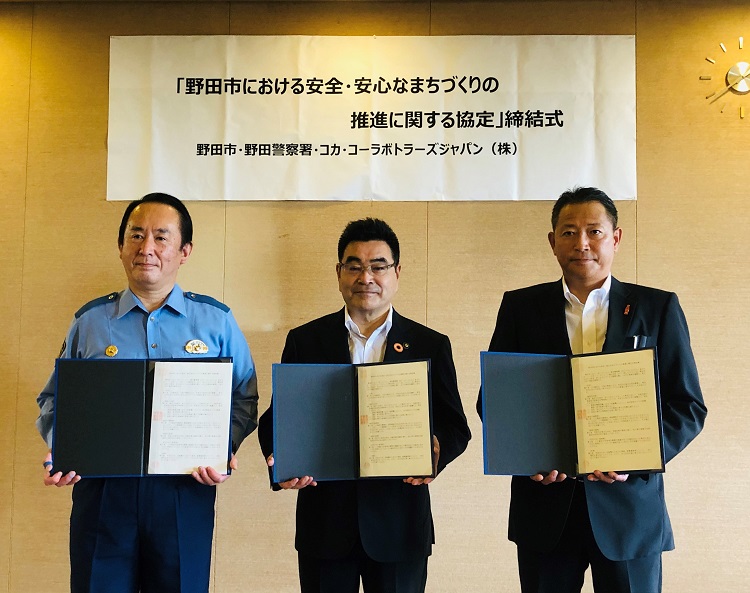 Continuing to uphold “community-based” as the corporate philosophy, CCBJI will come close to the people’s lives and daily livings, and contribute to local communities as a total beverage company that delivers happy, refreshing moments every day, and in every occasion of their lives.

■Outline of the agreement

When the city of Noda was considering to install and increase security cameras in order to prevent crime and create a safe and secure city, we proposed this initiative under the "community-based” corporate philosophy to support the creation of a community in which citizens can live safely with peace of mind.

2.Roles of the 3 parties

-Security cameras (3 units in total): School zones etc. in consideration of safety and security of children