Coca-Cola Bottlers Japan Inc. has been chosen to receive the " Prime Minister's Award for the 2020 Greening Promotion Movement " for its Ebino manufacturing plant in Miyazaki Prefecture. The company, hereafter “CCBJI”, is headquartered in Minato-ku, Tokyo and is led by Representative Director & President Calin Dragan.

This is the first time that one of our manufacturing plants has won this award. 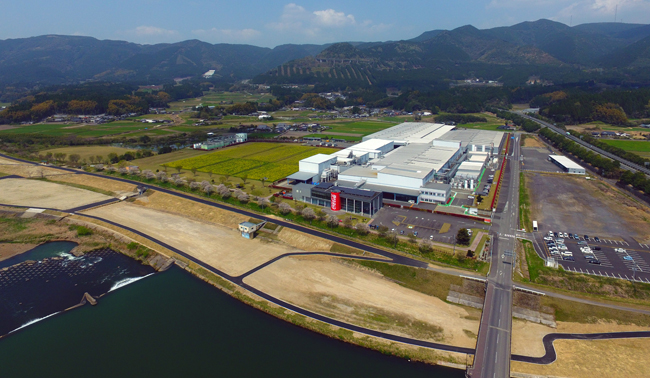 Actively promoting the greening of factories and recognizing factories that have made significant achievements in improving the environment inside and outside of their factories.

The Ebino Plant started operations in October 2005, and established general open areas like a park and facilities to welcome visitors under the concept of “a park that is in harmony with the rich, natural environment and is open to the general public.”

The lawns and trees in the park are maintained in addition to a large flower garden of about 2.6 hectares in the center of the site, which is home to rapeseed flowers in the spring, sunflowers in the summer, and cosmos and seasonal flowers in the fall to attract visitors.

Because the plant uses groundwater from the watershed near ​​the plant, we have implemented an agreement with Ebino City and the local forestry association to implement forest conservation activities as part of Miyazaki Prefecture's “forest creation by companies” system since 2008. Since November 2014, the area covered by this activity has been significantly expanded from 5acres to 502acres, and approximately 100 employees, family members, and local volunteers’ plant, trim, and thin trees and maintain bamboo groves in the area every year.

We actively support the local community, such as allowing free use of open areas as a soccer field for local schools and providing community-event space, as well as organizing the “Sawayaka Summer School”, to enjoy activities surrounded by nature.

* An excerpt from Ministry of Agriculture, Forestry and Fisheries
URL: https://www.rinya.maff.go.jp/j/press/

◆Award Ceremony
There will be an announcement made at a later date.
* At the 14th “The Ceremony of award the MIDORI Prize” (hosted by the Cabinet Office), the “Prime Minister's Award for Greening Promotion Movement” was scheduled to be awarded, but was canceled due to the coronavirus situation. A separate award ceremony is being scheduled.

◆About the Award System for Excellence in Promoting Greenery at Factories
The award system for promotion of greenery at factories is based on The Plant Location Law, which recognizes factories, organizations and individuals who have made achievements in improving the environment inside and outside the plant by encouraging and promoting plant greening. The awards are given according to the amount of greening activity, and depending on the level of achievement, recipients can receive the “Japan Greenery Research and Development Center Chairman's Award”, “Economy and Industry Bureau Director’s Award”, “Minister of Economy, Trade and Industry Award” and “Prime Minister’s Award”.

* The organizers of each award are different
* An excerpt from the website of the Japan Greenery Research and Development Center
http://www.jpgreen.or.jp/koujyo/index.html

◆Comment from Representative Director & President Calin Dragan
We are very pleased to hear that the CCBJI Ebino Plant was selected for the “Prime Minister's Award for the 2020 Greening Promotion Movement”. The Ebino Plant began operations in 2005, and in March of the following year, started offering plant tours and opened the parkland to the general public. Of our 17 manufacturing plants, it is our southernmost plant. It is an important production and logistics base in the southern Kyushu area and is a park-based plant in harmony with the rich, natural environment. As a popular tourist facility in Miyazaki Prefecture, the plant and its park-like grounds attract 150,000 visitors annually, including 70,000 visitors for our plant tour. We will continue to fulfill our social responsibilities as a beverage maker by promoting plant greening and environmental preservation in collaboration with residents and providing safe and secure products and services essential to daily life. 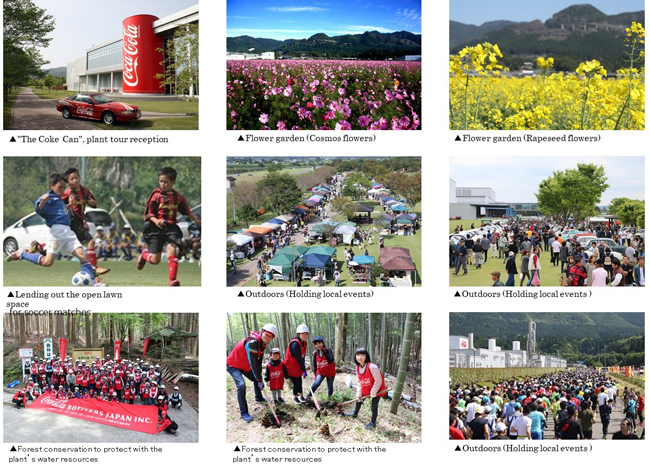