On Wednesday, June 9th, 2021, Coca-Cola Bottlers Japan Inc. (Headquarters in Minato-ku, Tokyo; Representative Director & President Calin Dragan; hereafter "CCBJI") joined the members of The Nippon Foundation’s “CHANGE FOR THE BLUE” project to participate in a ceremony held in the City of Hita (in Oita Prefecture) to unveil the newly installed empty container collection & recycle box specially designed in collaboration with the “Attack on Titan” animation team. 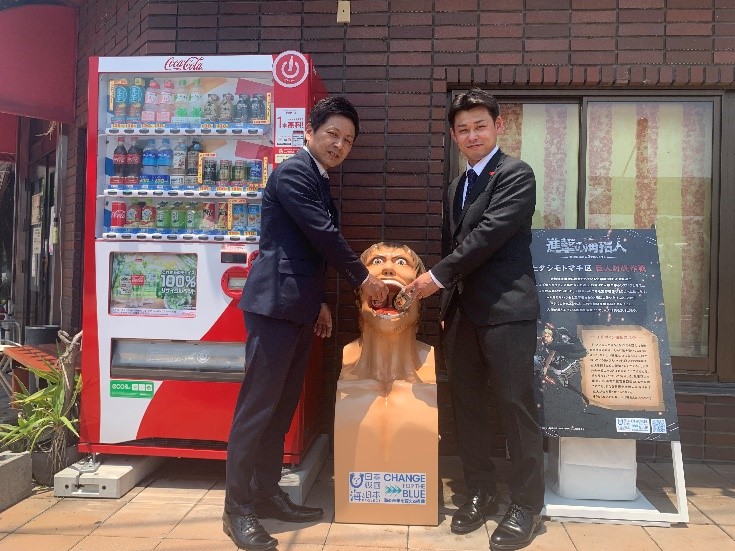 A local project named “CHANGE FOR THE BLUE in Oita” was formed for the purpose of promoting the environment beautification around the areas where vending machines are installed by making the consumers more aware of the need to distinguish empty container collection boxes set up next to vending machines from general trash bins and stop using these boxes to disposing of any types of garbage other than used empty beverage containers. The organizers hope that this project will ultimately help contribute to the reduction of marine plastic pollution.

Prior to the unveiling ceremony, four students from Oita Junior College, Hiramatsu Educational Group dressed as the Survey Corps characters that appear in “Attack on Titan” conducted a survey on April 29 to check the cleanliness of the environment of three locations around Hita Station where empty container collection boxes were set up next to Coca-Cola vending machines and see whether there were any other types of garbage thrown into these boxes or not. Among these three locations, the location that appeared to be in need of improvement the most was chosen as the site to place the original empty container collection box designed in collaboration with the “Attack on Titan” animation team as an impactful visual tool to raise the consumers’ awareness about proper handling of waste and marine plastic pollution.

A follow-up survey is planned to be conducted on this site to compare the cleanliness of the environment “before” and “after” installing the new empty container collection box and observe the changes in the consumer behavior, and use the survey results to continue raising the social awareness on inappropriate waste dumping. “CHANGE FOR THE BLUE” is a community-based project extended from The Nippon Foundation’s “UMI TO NIPPON Project” aimed at building stronger bond among people who deeply care about preserving the marine ecosystem and handing over cleaner oceans to the next generation. Coca-Cola Bottlers Japan intends to continue supporting this initiative in hopes of educating the students and future generations about the actual conditions of marine environment and raising their awareness on the importance of using the empty container collection boxes set up next to vending machines appropriately to improve the recycling rate of recyclable waste materials.

・Location: Next to the vending machine installed in front of the noodle shop named Dairyu Ramen Kuratatsu (13-4, Motomachi, Hita, Oita) 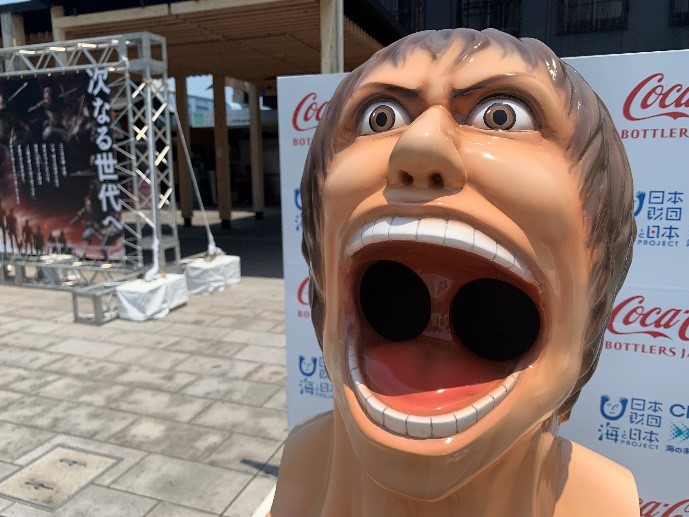 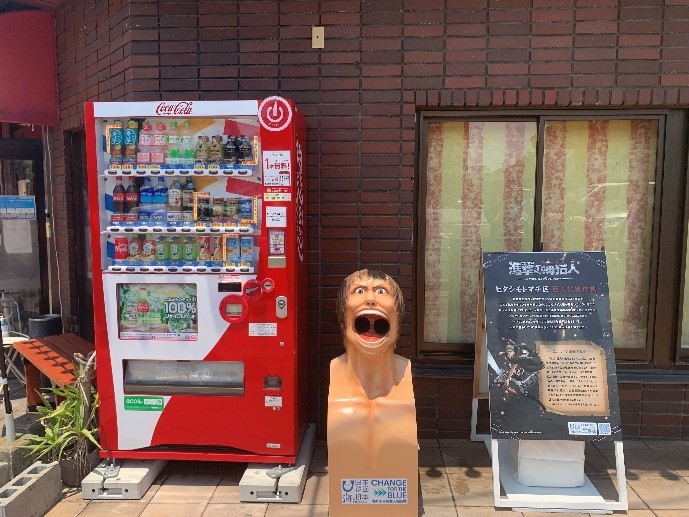 ■ CHANGE FOR THE BLUE

This project was launched in November 2018 as part of The Nippon Foundation “UMI TO NIPPON Project" with a specific aim to encourage all the people in Japan to consider marine plastic pollution as their personal matter and raise the awareness of the entire society about the importance of “stopping to dump any more waste into the oceans”.