Coca-Cola Red Sparks Hockey Team’s 2021 season will start, kicked off by the first match of the Prince Takamado Trophy 2020 Hockey Japan League Regular Stage held on Saturday, September 4.
The team achieved complete victory in all the top three national competitions* held last year, the first achievement ever since its foundation. National team members also rapped up their activities and re-joined the team in mid-August, and they are working hard as one team toward the opening of the league.

*2020 Results of the top 3 national competitions

■With 6 new players joining the team, a total of 24 members will fight for the season.

Six new players joined the team this year. Each member is hard at work before practice, then focuses on hockey once practice begins. As they get settled in to life in Hiroshima, look forward to great things from these fresh new fighters.

■The highest record to date! Watch out for the 8 national team members as well!

Eight players, including fill-in reserves, took on the world this summer. After spending intense, hot days, the players are preparing hard for kickoff, hoping to show the audience how much they’ve grown from the experience. They are looking forward to seeing you out on the pitch.

■Further to last year, each player will also aim for personal achievements!

In 2020, individual achievements were also prominent, including Best Player of the Year Award and the Highest Score Award. The following is a comment from Kanefuji, who won the Annual Award of Excellence last year and continues as captain this year.

<From Captain Shoko Kanefuji>
I will continue as captain this year. It will be a very important season this year for us. Our goal naturally is to exceed last year and win the four titles, and also to deliver attractive hockey games to everyone, representative of Coca-Cola Red Sparks. We are working full swing for the season’s opening to show you an enhanced version of the team with new power fighters. We look forward your continued enthusiastic support.

■Please continue to support the Red Sparks Hockey Team with your warm support.

The team will work as one to fight each game to the fullest, so that each player is able to show her best performance toward another complete victory this season. Please continue to send warm cheers for the Coca-Cola Red Sparks Hockey Team.

■See here for this season’s schedule *Game schedule is subject to change. 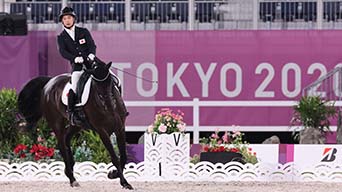